Check us out on all the streaming places. Here's what we have released so far: 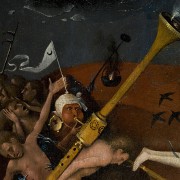 Our first public release. Includes audio samples by Donald J. Trump, then-president of the United States, self-proclaimed genius and general asshat, and by Alex Jones, probably America's most notorious conspiracy theorist. The version on Soundcloud is a pre-release mix. 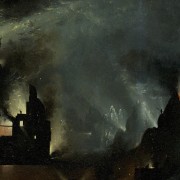 "You cannot win a nuclear war."

Includes audio samples from "The War Game" (a BBC documentary from 1965), "Threads" (also by the BBC, from 1984; has been called "the most terrifying movie of all time"), and "Nuclear Attack Emergency Broadcast" (a 55-minute Youtube clip by an unknown uploader which has since been removed).